FREE SHIPPING ACROSS THE U.S. ON ORDERS OVER $40 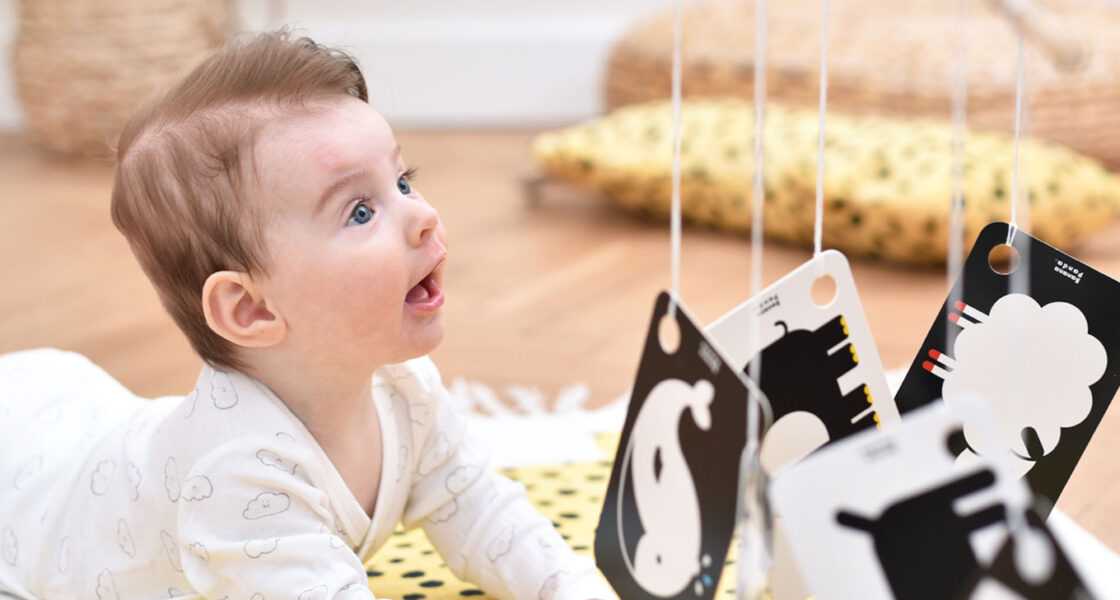 The importance of playtime with your newborn baby

Do you know how an infant sees?

An infant perceives the world as if through steamed glass and in shades of grey because the only colors they can see are black and white.

An infant’s field of vision is much narrower than that of an adult, much like a keyhole. This protects the child’s brain from overstimulation.

The muscles of the eye are still very weak, so visual focus is best 20-25 cm from the base of the nose – this is the average distance from a mother’s face when she holds her infant.

An infant internalises shapes and colors gradually, in accordance with their visual development; after black and white, they begin to recognize yellow and red.

White, red and yellow draw an infant’s attention; focusing on these colors stimulates the nervous system.

It’s never too early to explore the world together!

Playing  with flash cards engages a child’s perception, and help develop all of these faculties.

What are Banana Panda Contrast Cards?

High Contrast Cards were created for parents who want to support their baby’s natural development.

Large contrasting illustrations, adjusted to the visual perception of young infants, aid in the development of visual-spatial intelligence and recognition of object borders, which eventually facilitates grasping and mobility.

Play between parent and child builds a closer bond, helps baby to learn about the world around them, and prepares them to learn speech.

How to use Contrast Flash Cards:

There are endless possibilities for play – let your imagination lead the way. Remember to adapt play to your baby’s daily rhythm – he or she should be rested and fed and have a clean diaper.

We have the best recipe for creative and education

⭐ Every Banana Panda box 🎁 is full of love an

🍂 This fall we're headed for creative and educa

Sign up to get the best deals, first looks and more!

Please add more items to your cart. The minimum cart subtotal is $9.

What a great start! What's your next pick?

Please note that the minimum order value in our shop is $9.